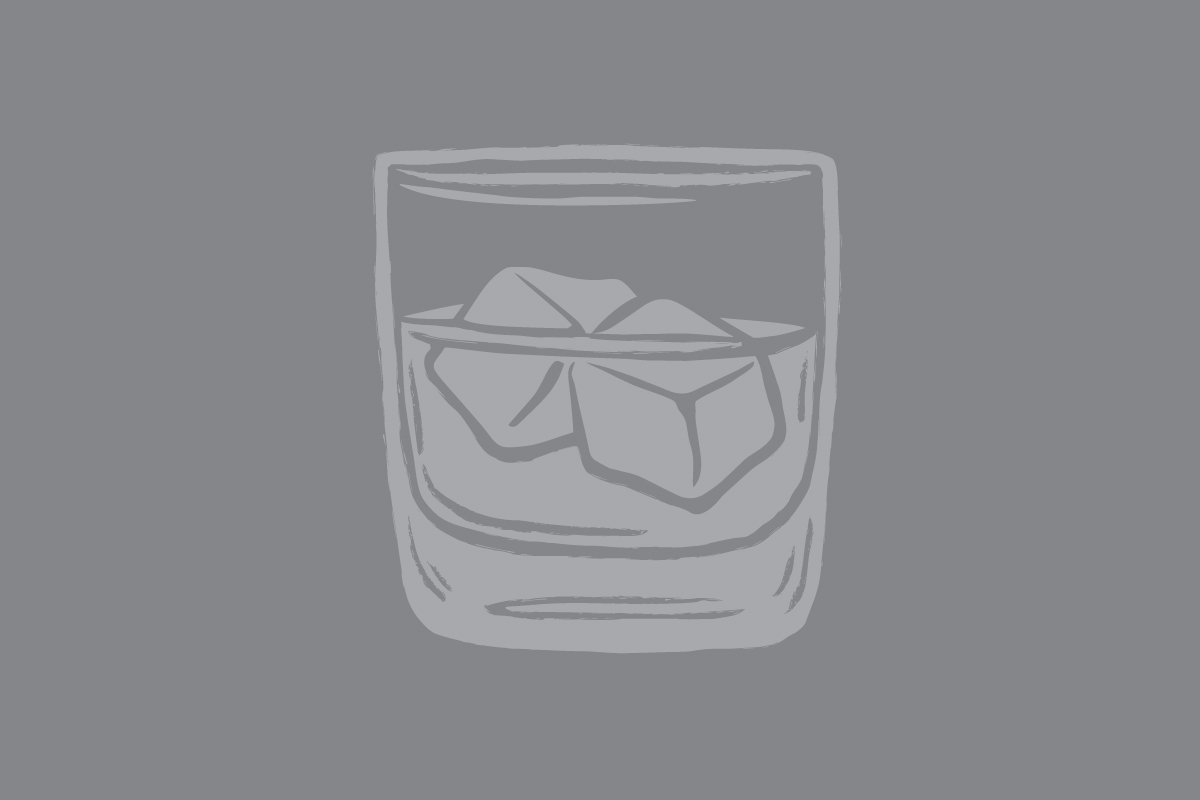 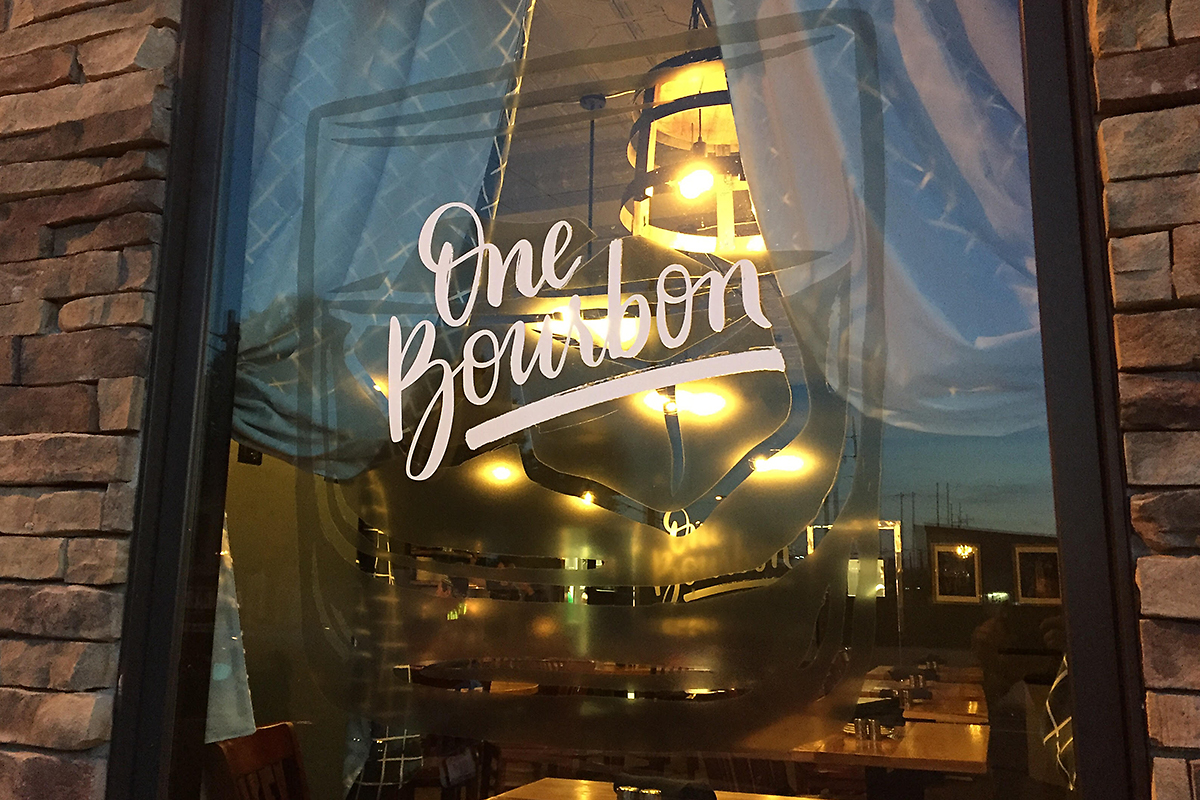 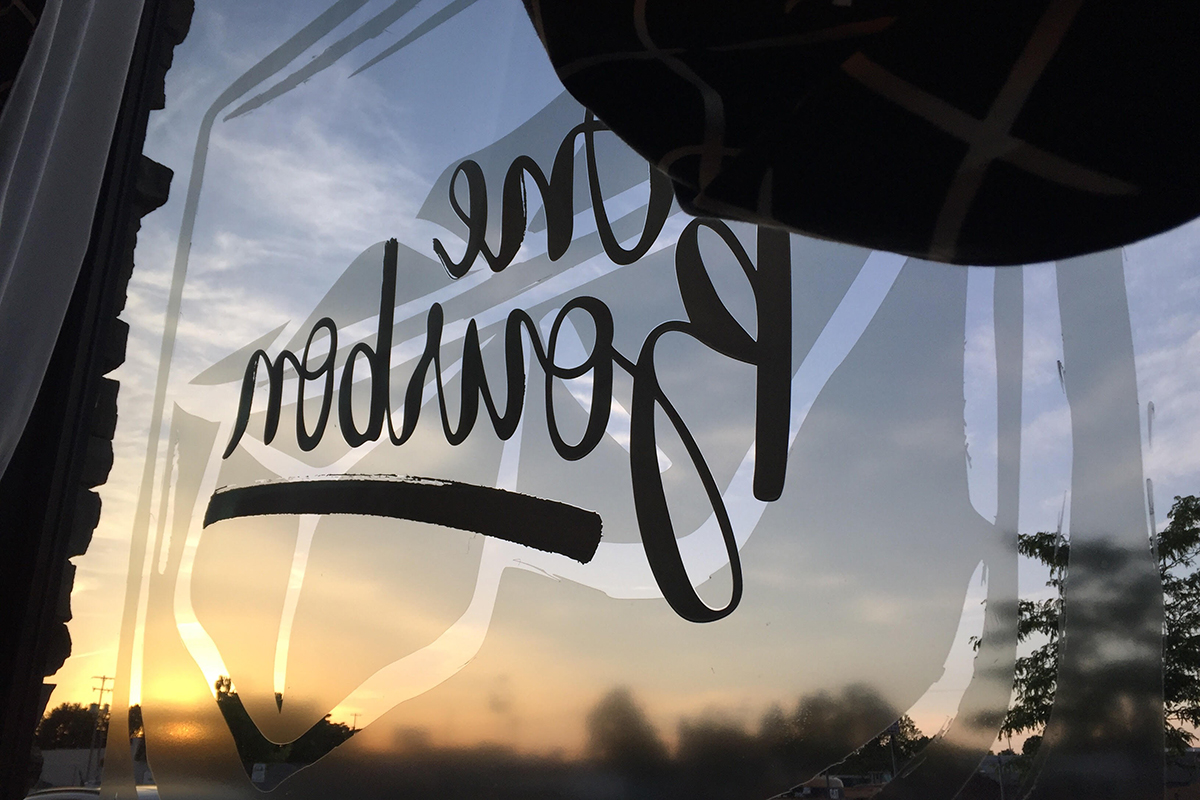 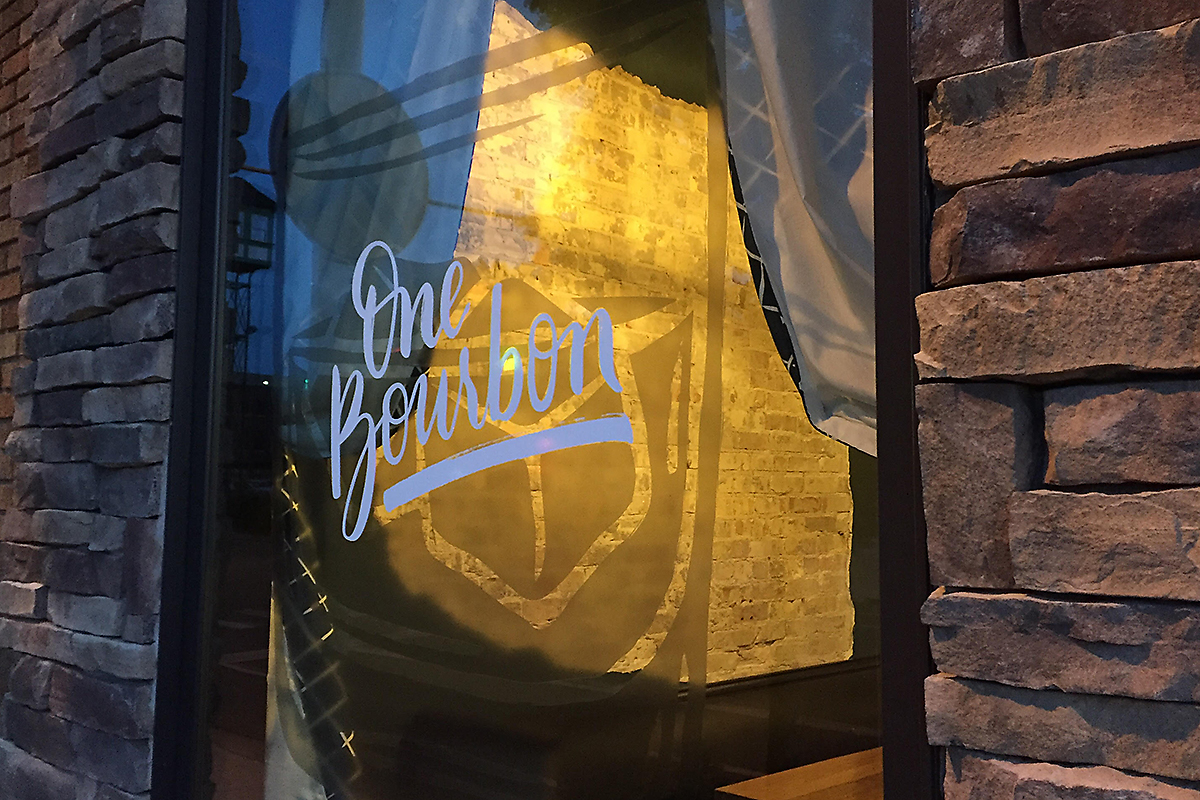 Opening in the late Spring of 2017, One Bourbon opened it’s doors with a focus on bar food done well, atmosphere… oh, and Bourbon. This west side based restaurant and bar was in need of an illustration of a glass of Bourbon on the rocks that would compliment it’s recently designed logo and come into play on signage and apparel. With such a large logo, sight lines can become blocked on window views, so I pulled some samples for transparent vinyls to play in as something that could be visible, but not intrusive. The secondary advantage of translucent vinyl is that it offers something that could character from day to night, giving a subtle etched glass appearance in the day, and transitioning to a warm highly visible Bourbon glow in the night thanks to the lighting and brick walls of the interior space.