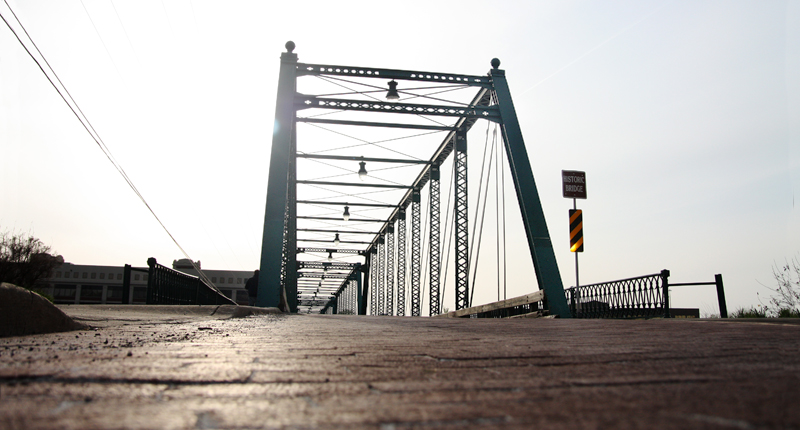 Sixth Street Bridge is the parent non profit organization to multiple Grand Rapids based projects that include, but are not limited to Matthews House, Clemente Skatepark, and Hands on Hunger. The office for this community focused organization is located on Sixth Street directly next to the historic Sixth Street Bridge, which was used as inspiration for the logo, focusing on the moving tide of the Grand River and the iconic teal color of the bride itself.