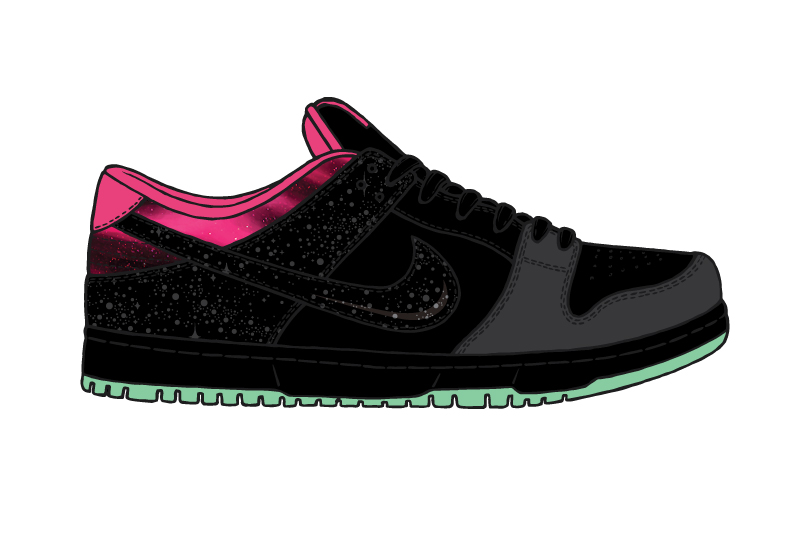 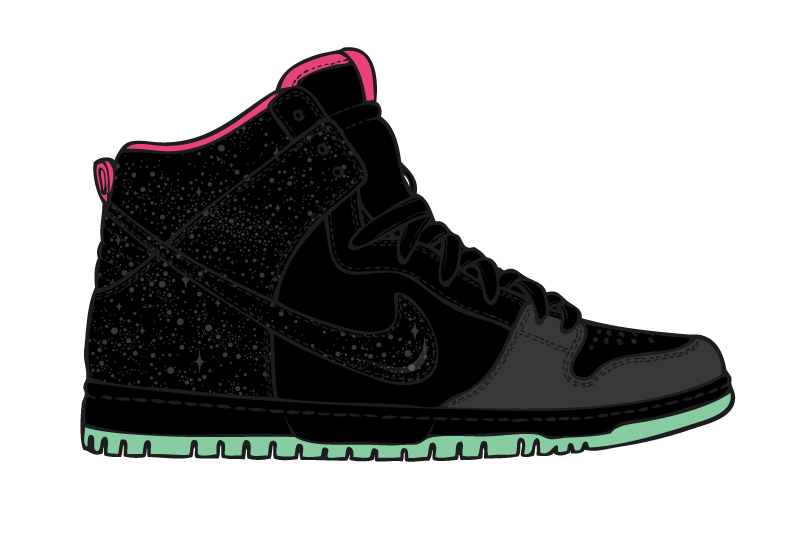 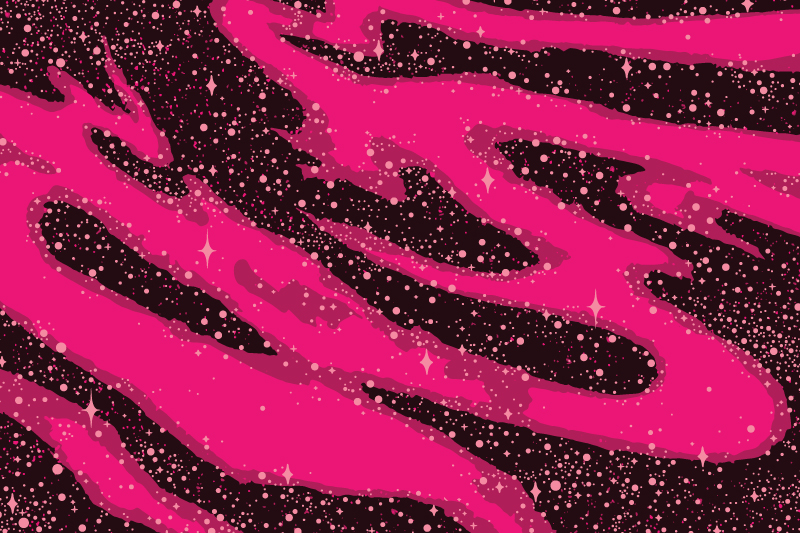 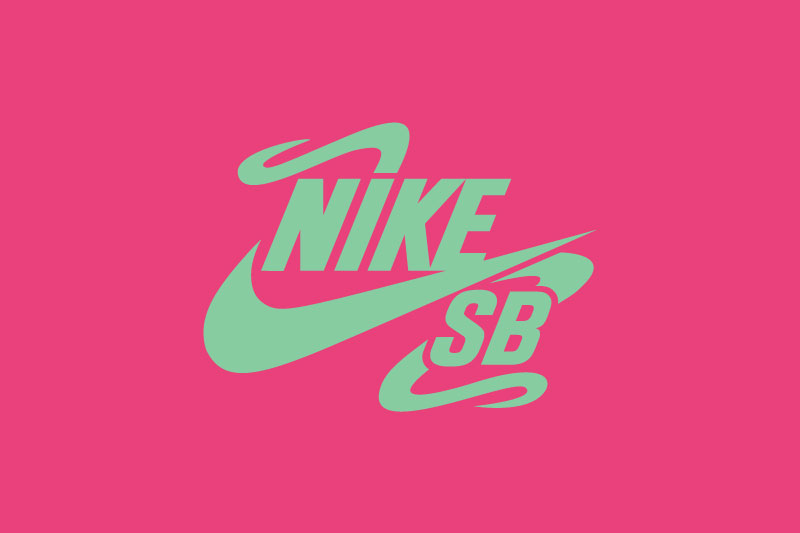 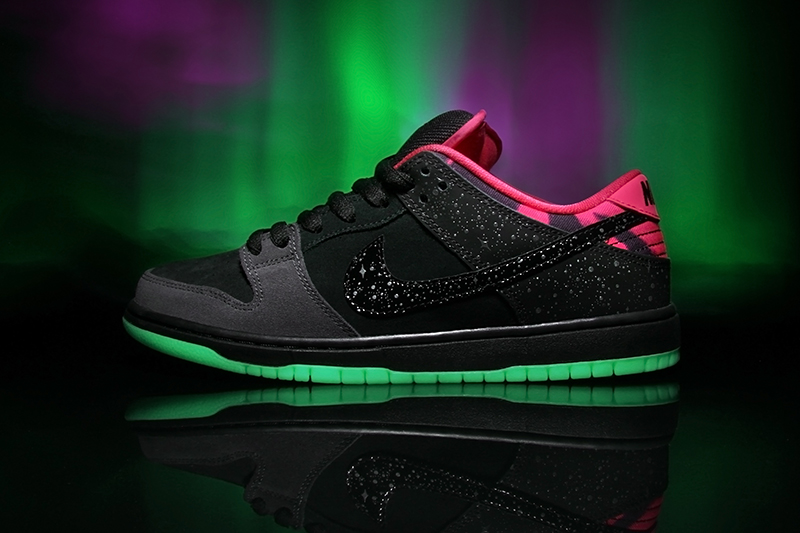 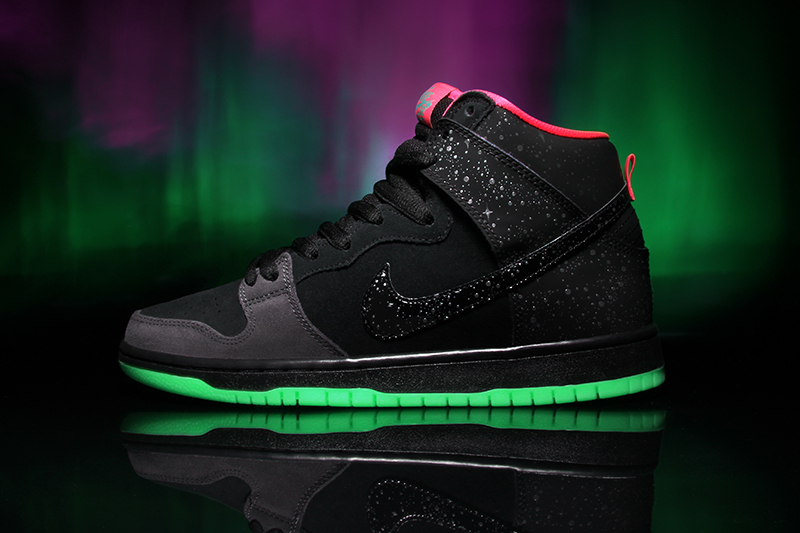 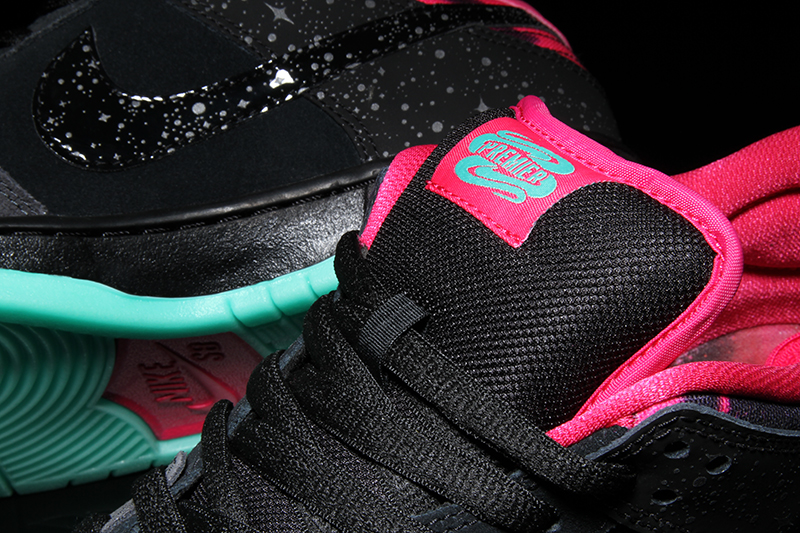 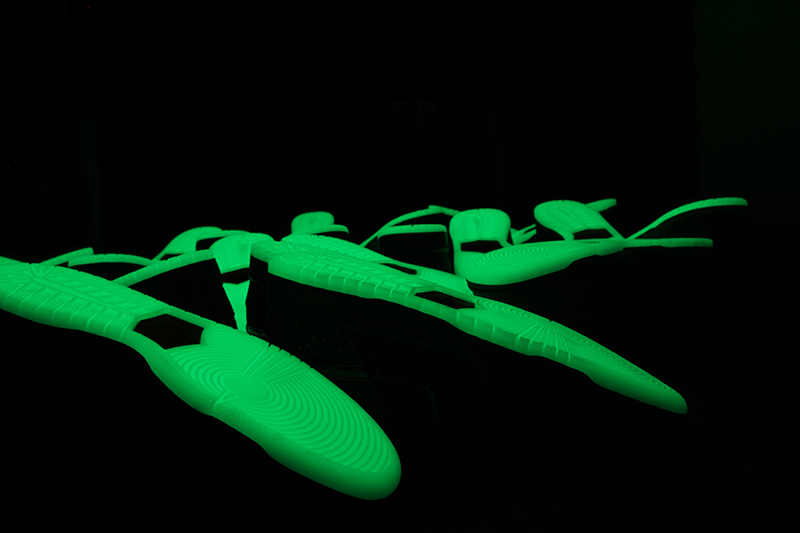 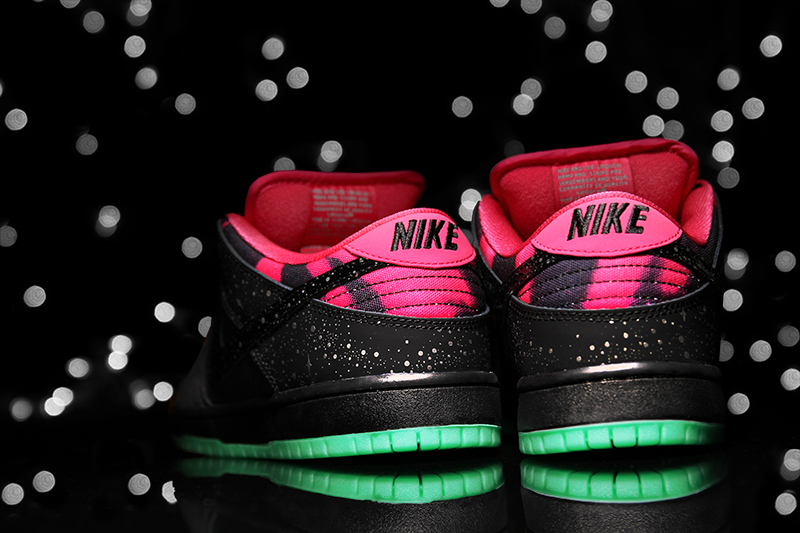 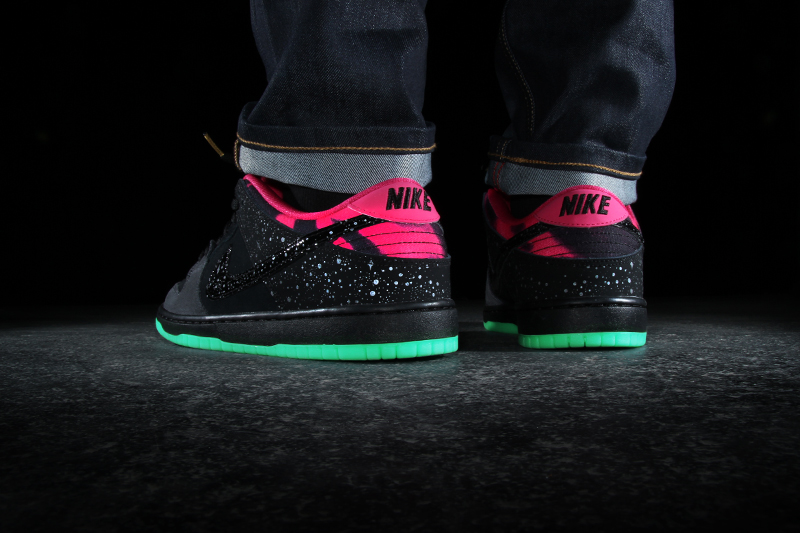 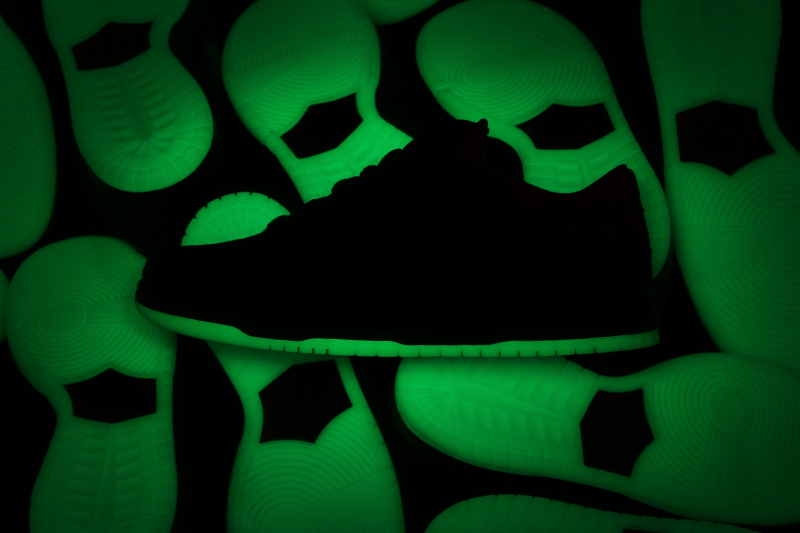 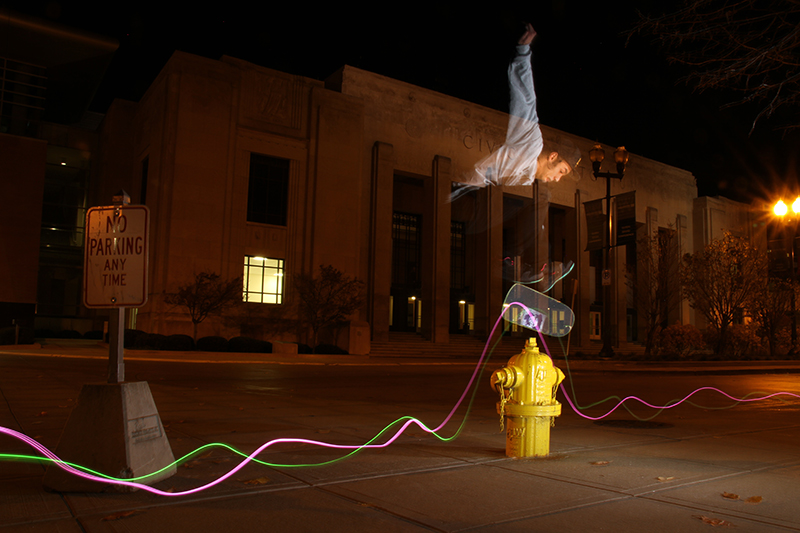 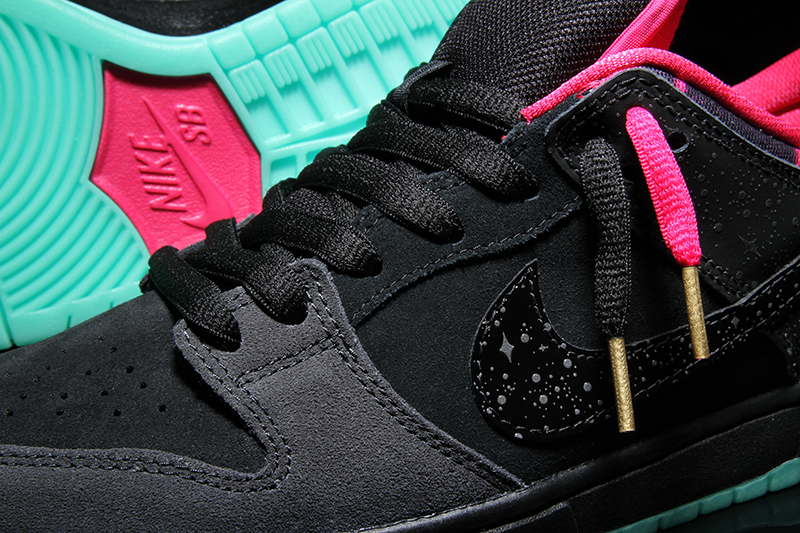 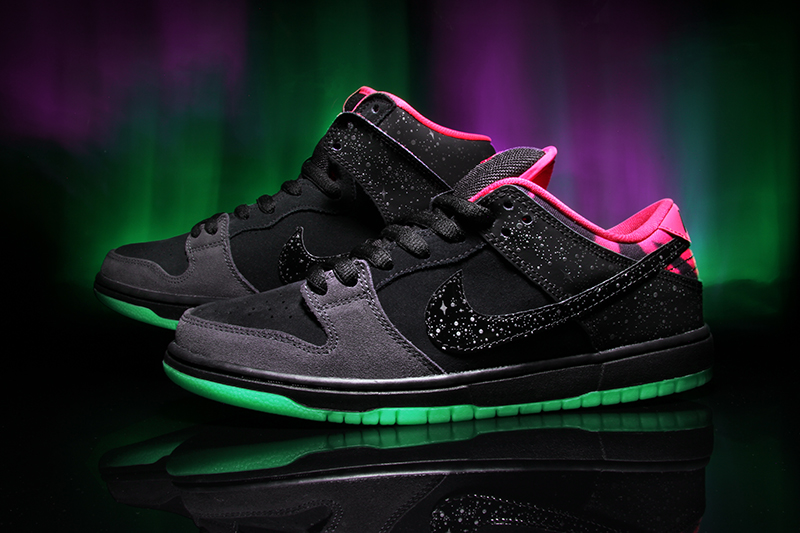 “When solar winds collide with charged magnetospheric particles, a radiant light show will appear in the night sky. In the 2014 holiday season, we teamed up with Nike SB to offer a view of this phenomenon from a different perspective. The Northern Lights Dunks bring several aspects of an Aurora to light, beginning with a backdrop of night-sky blacks and a reflective printed star pattern on the heel and swoosh. Glowing green wavelengths are visible at lower altitudes, as seen on the under sole while reds and pinks are visible at higher altitudes, where intense solar activity is present, as seen on the upper paneling of the shoes. Custom Premier “wave” branding is found on the tongue tag and in the sock liner of the shop exclusive Low, while the general release High features “Wavelength” SB branding.”